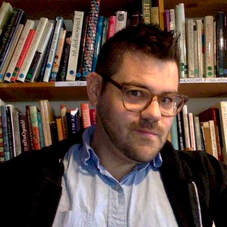 David Bogus is a Visiting Assistant Professor at the University of Florida within the College of the Arts. He teaches both Activism in Art and Workshop for Art Research and Practice (WARP).
​
David Bogus is an artist in his own right. His studio practice often leads him toward creating pieces through the process of mold making and slip casting. The results of his studio time have manifested into dozens of solo, two person, and juried group exhibitions within museums, universities and galleries around the nation. His latest work has featured in Fuller Craft Museum, Lexington Art League Loudon House, Center for Contemporary Political Art, Reece Museum, Society for Contemporary Craft, Goggleworks Center for the Arts, Greenville Center for the Creative Arts, Kentucky Artisan Center at Berea, bG Gallery, Foundry Art Centre, Waskob Family Gallery, Eastern Kentucky University, Dedo Maranville Gallery, Giles Gallery (Eastern Kentucky University), Roswell Artist In Residency Show and The Living Arts and Science Center. Among his numerous exhibitions, exists a plethora of awards, honors and grants which include a 2nd Place Award from Goggleworks Center for the Arts, an honorable mention award from Gyeonggi International Ceramic Biennale and a University Creative Projects Grant from Texas A&M. 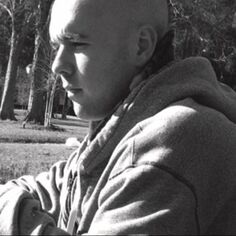 ​Noah Verrier is a full time working artist and social media art influencer with over 42,000 followers. Verrier is a former Professor of Art at Florida State University and Chipola College. Noah holds a BFA and MFA (the highest attainable degree for a working artist) specializing in painting and drawing.

Verrier’s work has been exhibited around the world including Japan, Australia, Germany, India, Canada, the UK and France and has been collected by Celebrities such as William Tomicki, the former vice president of Sotheby’s and Tiffany. Noah has garnered numerous awards for his paintings including “One of the top 40 American Painters” by New American Paintings. His work has been written about in several well-known print publications, including a recent article in Entree Magazine where Noah’s work was called “masterful and painterly, reminiscent of still life greats like Chardin, Sargent and Manet.” Noah lives and works in Tallahassee, FL, happily married with his wife and four kids.